There are always few naysayers who will make you question your decisions and you’d think twice about a second saying; “Am I doing this right?”

You should not worry about anything the world is adopting. Don’t be afraid to swim against the upstream, be afraid of being the same. Irrespective of what others may say, the pursuit of your dreams must be your major motivation. When we execute what we are interested in, we find ourselves hungry to do it with more dedication, perfection, and passion and that’s what makes our work stand out from the crowd.

According to Steve Jobs, the late Apple co-founder fondly referred to as the Thomas Edison of his time, revealed in a commencement speech at Stanford University in 2005 why he dropped out of college — and why he thought it was one of the best things he ever did; ‘’Stay hungry, stay foolish’’ means that one should never be content with what is, nor consider oneself an expert. There is always more to do/gain (“stay hungry” for knowledge) and more to learn (“stay foolish”, meaning never consider oneself an expert but a fool in order to learn more).

Our Chief Prunedger, Joel Ogunsola was featured on the Goodnews chat where he shared his journey into using technology for development. Read and enjoy the interview below; 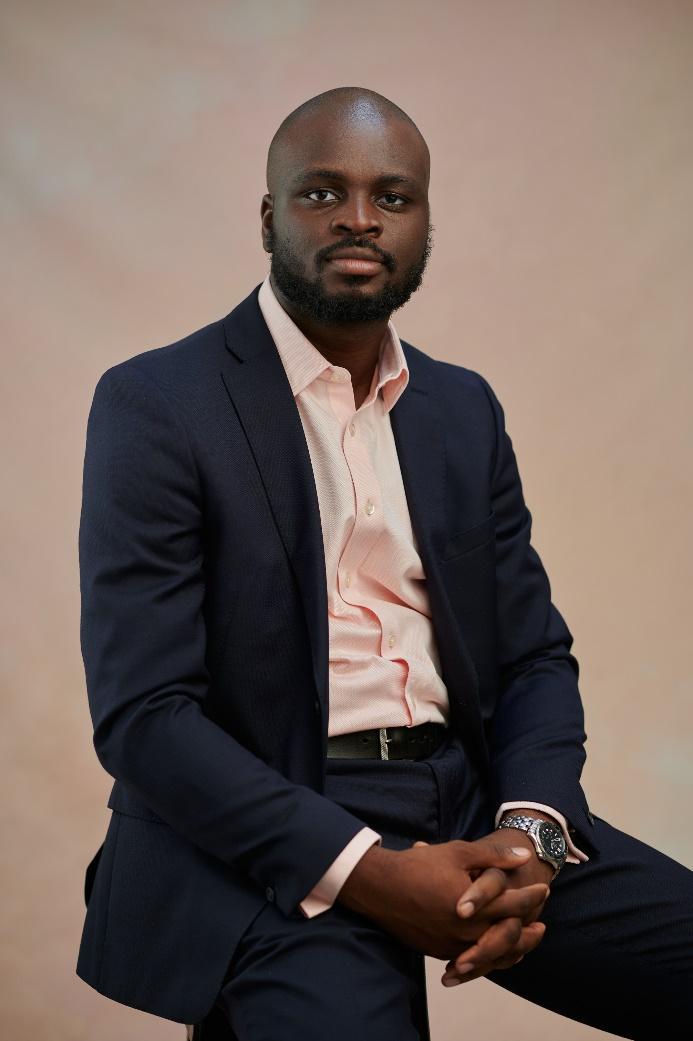 What was the turning point for you in your life/career choice?

My career is in two parts. There is the technology part and the development part. The two had different turning points. When I was 13, I started volunteering for local initiatives in Akure. They were very focused on MDGs, and then later came the SDGs. So, we had a lot of community outreaches, events, and awards at the end of the year. I think that the community outreaches were the most impactful because they enabled me to see and learn firsthand what it means for people to have economic challenges and lack access to clinical health and education.

I grew up in Akure, went to a private school, and had access to a computer when I was young. Things were pretty easy to some extent. What still constantly blows my mind to date is the fact that when you look at the way communities are co-located. For example, when you come to Lagos, just somewhere close to the island where you have more than ¼ of Nigeria’s wealth, you have that small community like Makoko on the border, with a high poverty level and lack of access to health. It just keeps me pondering.

It would have made more change if young people in small communities like that had the same access to opportunities and life outcomes as people who live in large gatherings, and that is the development side of the work I do.

On the technology side of it, I studied as a mechanical engineer. Somewhere in between, I knew it was not something I enjoyed. I thought I would love it, so I got into school so excited. But along the way, I said to myself, ‘this is not practical’. I love technology just as a user. It was exciting for me to start to lay my hands on software development tools, mobile applications, etc. What was intriguing was that you could think about something, and you had the power to build that thing.

When I was 17 years old, some of my friends competed in the Microsoft Imagine Cup competition and went to New York. When they returned, they shared their experiences about what was possible with technology. And this was at the point where we were still battling 2G/3G in Nigeria. So, I got interested in how to use technology to build things. I asked myself, ‘how can I use technology to solve world problems?’ I was like, I can use technology to create solutions to problems in society.

I felt I was going to be in technology as a developer. But, after I left University, I went to work with Microsoft, and that changed. Since then, it has been an exciting journey, and I have gone from being part of a company that helps build solutions to solving problems across numerous sectors. 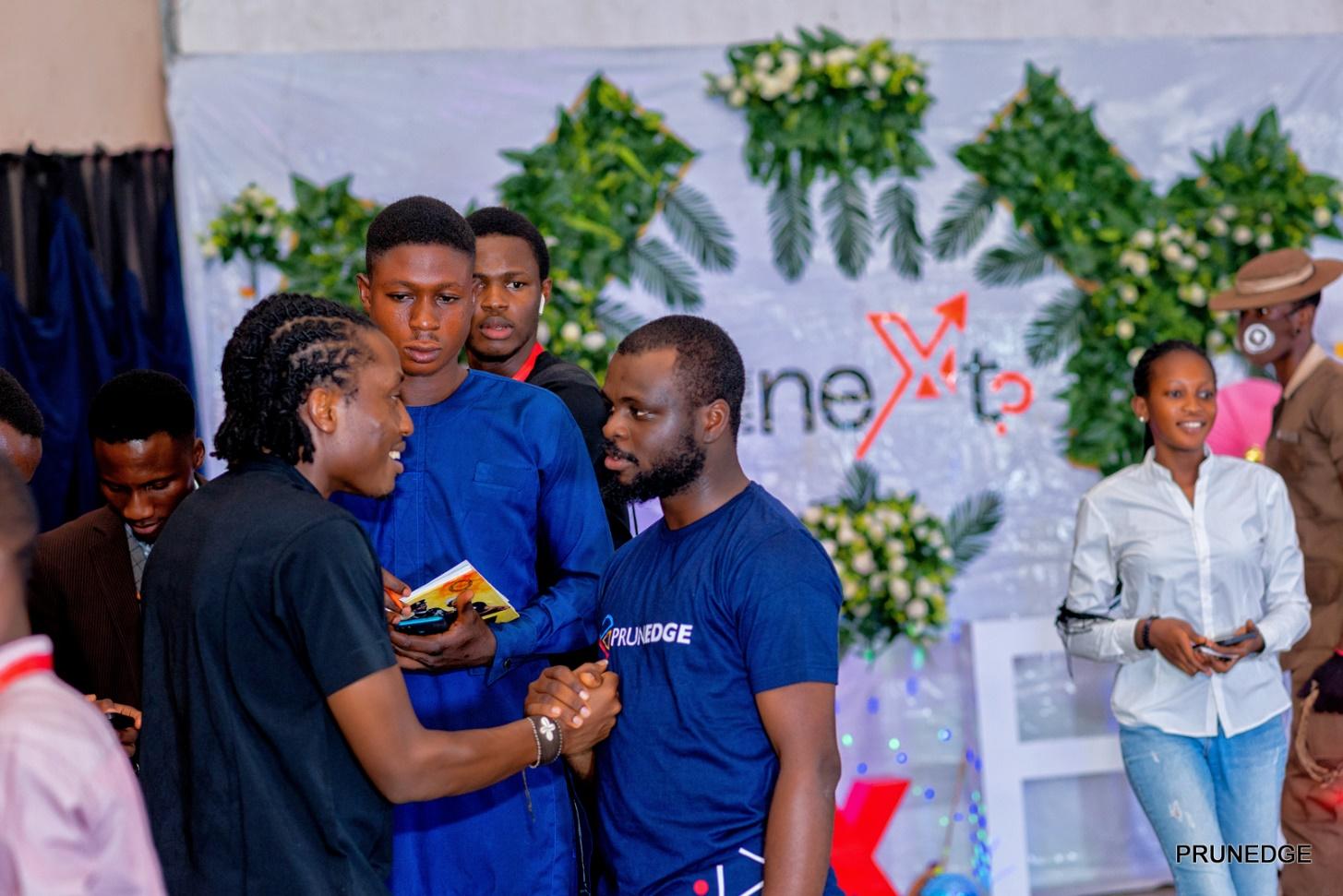 Where did technology and development align in your journey?

Development has always been a big side of me. So when I found technology, my question was ‘what do I use the technology to do?’

We decided to use technology to solve problems. My friends and I competed in the Microsoft Imagine Cup in my final year. We built a maternal-child healthcare solution. Later on, we started our business and built a school element solution. When I decided that I was going to focus on technology, I had already been keenly involved in equitable development in multiple communities. For me, technology then became that vehicle to deliver on my dreams and aspirations around achieving development goals.

What was that one piece of advice that changed your life?

The one piece of advice is that there is nothing impossible. Nothing. I used to have a boss, he is the country manager for Microsoft, and he would say

‘Think about it, and it is done.

Technology then makes it more accessible. You think about food, then go online and order (from a user perspective). We can think about anything we want to do, and the fact that we can think about it means that we have the innate ability to do it. This has been my most potent driving force. Every day I wake up, I know that all my ideas are valid. Whether it is the best idea to pursue at this particular point is a different conversation entirely. But, knowing that my ideas are valid is a strong driving force every day. 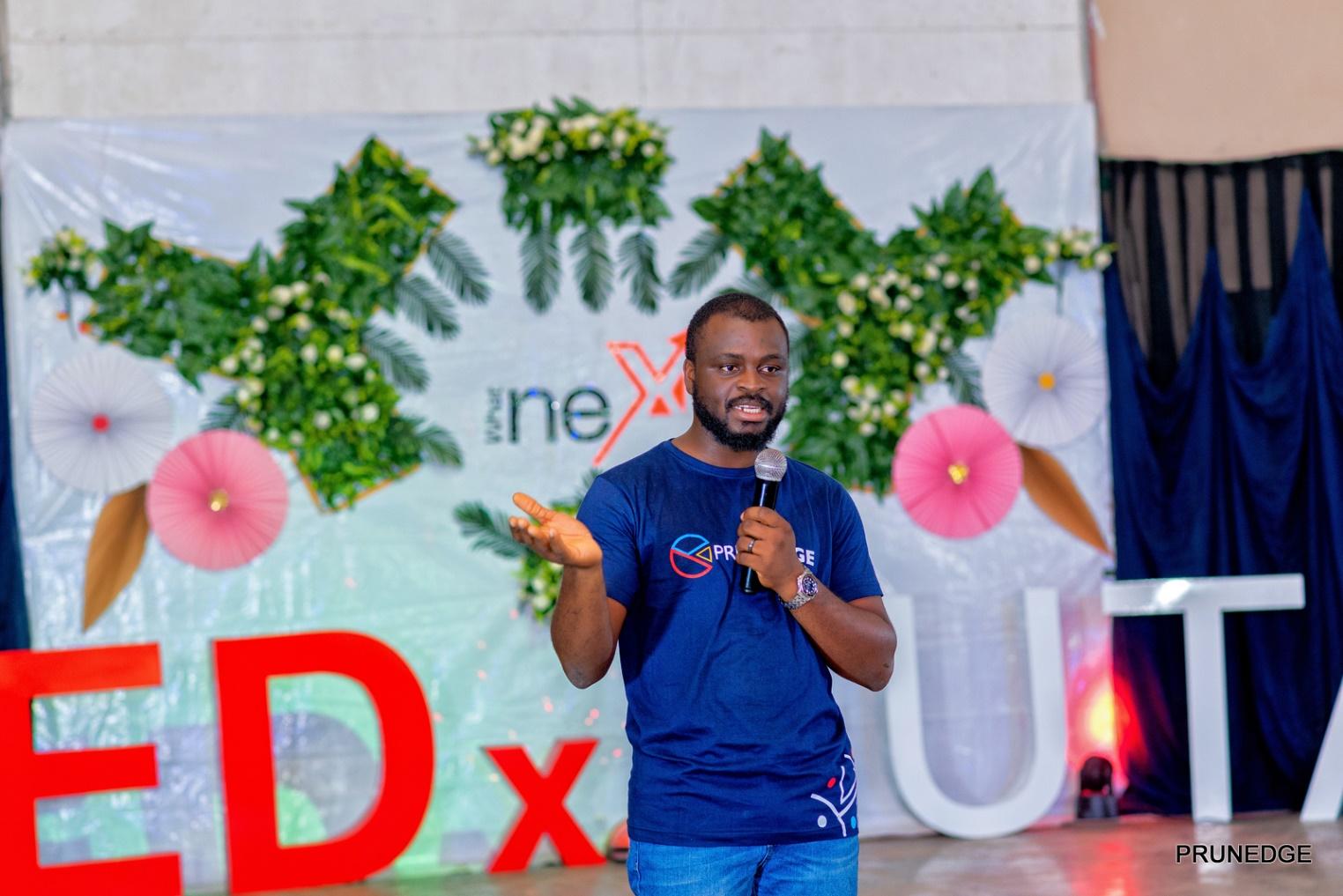 How do you deal with setbacks?

One piece of advice I got from an older friend, the day I lost something and I was really sad was ‘in life, you win some, you lose some.

I did not understand it back then, but I have grown to know that it is just the ordinary course of life. You will win some, and you will lose some.

Now, beyond just realizing that I will lose some, it is about creating a process to understand why we lost some. At every point we lose, I ask myself why did we lose? That helps to ensure that we don’t lose again when faced with that type of challenge next time.

Dealing with setbacks is knowing that there will always be different outcomes for different efforts that we put in. Losing does not mean it is not a good idea or it is impossible. Maybe we didn’t put in the correct type of effort, or we didn’t have the right amount of resources. You know that you don’t always win in life, but it is essential to learn from not winning.

What good news/thing in the world is being overlooked?

As young people, I think the Internet we have is one of the most resourceful tools ever. I have seen the world over the Internet from the comfort of my room. I remember that the most important video I had ever watched was a TED talk that my cousin who had gone to India shared with me. It was a talk about the Sixth Sense. That topic to date blows my mind. As humans, we have five senses. He proved that we have a sixth sense, and that won’t have been possible without technology.

Way before I started to travel, I had seen everywhere worldwide, learned about culture, and watched documentaries. I have noticed that the Internet is that leveling tool that allows a young person from California and a young person from Ekiti State to access equal opportunities. You can almost learn the same thing if you commit to it and focus on it.

Would you say that we have harnessed that well enough?

Yes and No. There’s been a lot of negative sides to it, which is why we have a terrible reputation as a country. At the same time, there are many great things that people have done with the Internet and technology. A perfect example is the entire startup ecosystem we are seeing right now is all off the back of the Internet. So, essentially, I will say that we have accessed and utilized it. But, there continue to be barriers like equitable access. Does everyone have access to the Internet? And similar questions like that.

What are three things you have done over the years that have made a big difference?

What’s something that makes you feel hopeful for the future right now? 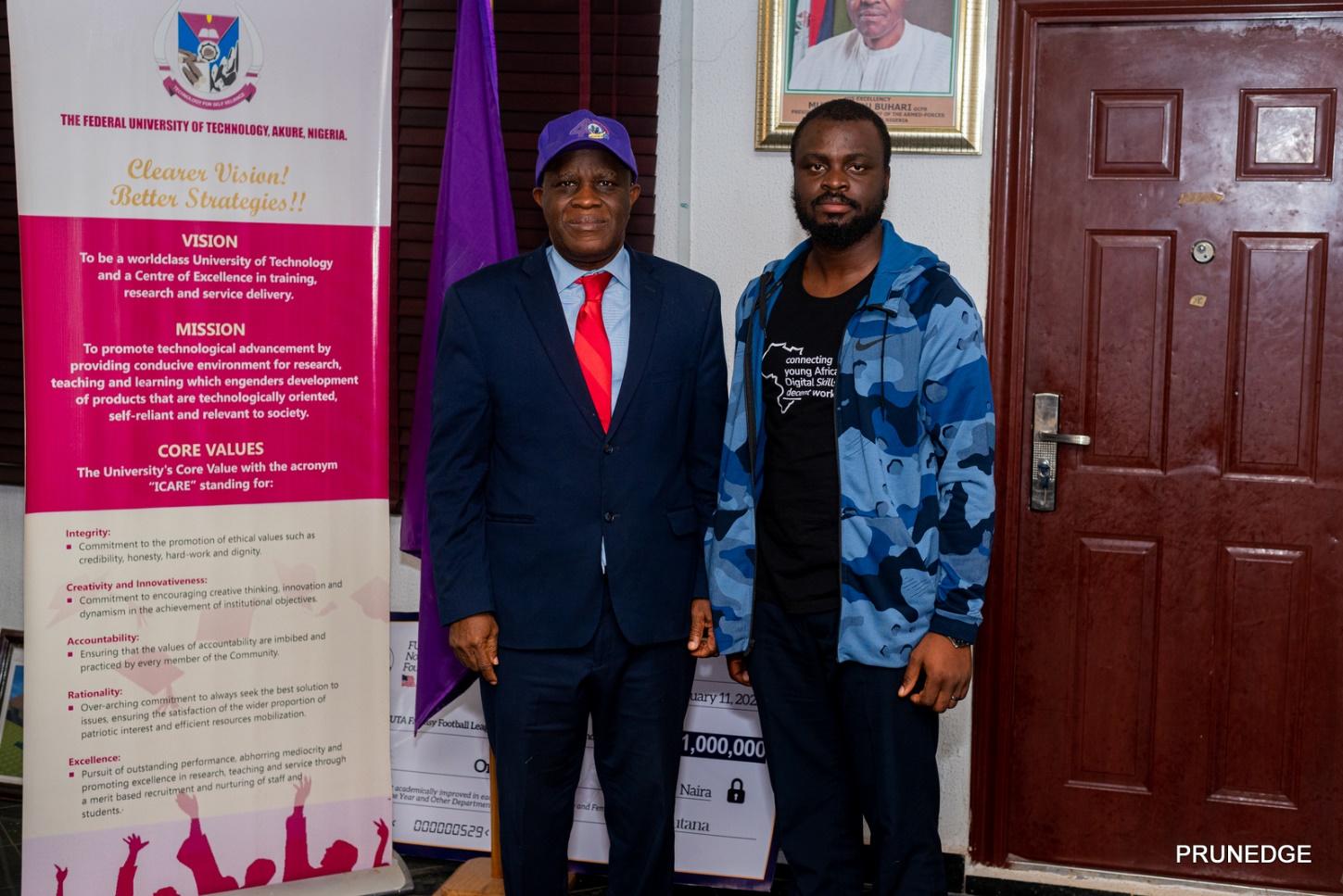 What is the one piece of advice you will give to someone just starting (in your space?)

I think those were Steve Jobs’s words. You have to spend every day doubling down on what you have done. There is no foolish idea. Execution of the idea makes the difference.

What are you reading or listening to currently?

These days I listen to Christian music. I am not very good with podcasts or audiobooks. I read a lot more physical books. I am currently reading Leadership @ Infosys. I am watching a documentary about Micheal Jordan. I love to learn about the stories of successful people across different industries, like Michael Jackson, Michael Jordan, Tiger Woods, etc. I think that the common denominator is that these people worked hard to build their careers. I believe that learning is a lifelong process. At each level of success, you think you have achieved, some people have done it better.

You have to ensure that you are not living in the shadow of your previous success.

There are some people I consider their success to be a phenomenon, and I want to learn about their journey.

Any Business Can Benefit from Conversational UI

Before the advent of online stores, people had to walk into physical stores to buy

How Technology Has Affected Globalization, International Trade, And Financial Stability

The term “globalization” refers to the increasing interconnectedness and mutual dependence of national economies worldwide.

Robotic Process Automation (RPA) is a software robot that helps humans automate a process. In

Fraud Detection, One Click payments, And Other Reasons Why Major Banks Are Adopting Iot In 2022

The Internet of things (IoT) is a key part of digital transformation, which helps businesses

Discover how Prunedge can help you setup for success in meeting your business and technology potential.
Book a consultation
We use cookies to personalise contents and ads, to provide social media features and to analyse our traffic. We also disclose information about your use of our site with our social media, advertising and analytics partners. Additional details are available in our cookie policy.

When you visit any web site, it may store or retrieve information on your browser, mostly in the form of cookies. This information might be about you, your preferences or your device and is mostly used to make the site work as you expect it to. The information does not usually directly identify you, but it can give you a more personalised web experience. Because we respect your right to privacy, you can choose not to allow some types of cookies. Click on the different category headings to find out more and change our default settings. However, blocking some types of cookies may impact your experience of the site and the services we are able to offer.

Find out more about how we can help your organization navigate its next. Let us know your areas of interest so that we can serve you better.

Thanks for your submission. Our team will review your request and get back to you as soon as possible